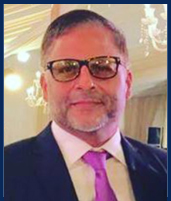 Nasir A Kausar has over 29 years of corporate experience in the US, Europe, and Southeast Asia; covering fund management, private banking, corporate /investment banking and seed investing in the tech and fintech space where he developed his passion for coaching, mentoring and developing people to achieve their potential. During his corporate career, Nasir has managed, coached and mentored small and large teams and individuals to be be the best they can be. Outside his corporate career, Nasir has also been an entrepreneur in the food and beverage industry, cosmetics and fragrances, and in transportation and logistics. His entrepreneurial experience gives him hands-on experience to support and coach individuals in the corporate environment to be entrepreneurial in their thinking. He is currently a Board Member and Adviser of a UK fintech start-up focusing on strategy and leadership development where he has spent considerable time mentoring and coaching the Founders on scaling up and growing the business. Nasir currently is also President and Board Member of the American Club in Singapore where he chairs several committees.

Nasir has worked in senior level positions at several banks as Regional Managing Director and as Country Market Manager. From 1995 to 2006, he worked at Citibank in various roles in the Global Corporate and Investment Bank and the Private Bank. At Citibank Private Bank, he was awarded Citigroup Deal of the Quarter and was made a Member of the exclusive Chairman’s Council. In the Global Corporate and Investment Bank, Nasir received a record eight Global Relationship Bank Awards and the prestigious Chairman’s Club award. Early in his career, Nasir worked at Philadelphia National Bank’s (PNB) International Division. While at PNB, Nasir was the youngest member of the Bank’s Diversity Taskforce where he led focus groups and discussions which resulted ultimately in the Bank’s adoption of its new Diversity policy.

During his banking career, Nasir was selected as a recruiter for the Bank’s mid-career emerging markets Associates program and served for many years as a mentor and coach to mid-career hires focusing on their career advancement and development to be the leaders of the future. During his corporate career, Nasir received leadership training by a variety of renowned executive leadership development training providers. Nasir has received his Harrision accreditations for Coaching and Debriefing as well as Employee Development. He recently also completed a course on Diversity and Inclusion in the Workplace.

Recognized for his successful and dynamic presentation skills, Nasir was a Regular sports (football) analyst/pundit on ESPN Star Sports (Asia) and The Football Channel. He has also been a mentor coach, presenter, panelist and speaker at finance industry events and at local universities. Nasir has consulted and advised clients on market strategy, digitization, compliance and fund raising. He has also worked as a part time Associate Faculty at a University in Singapore where he taught Financial Instruments, Institutions and Markets.

Prior to starting his career, Nasir received his MBA in International Business and his B.S. in Economics and Italian from the University of Wisconsin in 1989 and 1987 respectively. Nasir completed his schooling at Mary Mount International and Notre Dame International schools in Rome, Italy – where he was raised. Originally from a multi-cultural and multilingual background, he is fluent/conversant in English, Italian, Urdu, French and Spanish. Nasir remains an avid sportsman to this day having been a former Club Squash champion, soccer player in high level amateur leagues in the US and Italy, and competing in amateur tennis and golf tournaments.